Gas Masks During the World War

Because it was decided to issue a gas mask to everyone who lived in England. There was a mass production in the gas mask industry.  A study at the beginning of the war showed that only around 75 percent of people in London complied with government instructions regarding the gas mask. In the early 1940s, almost no one had bother carrying their gas mask kit with them.

The government announced that Wardens Air RAID will carriy out a monthly gas mask inspection. If someone was found to have lost a gas mask, they were forced to pay its replacement. Muriel Green was in Gloucester when there was a gas leak from a building: “Very few masks were visible except soldiers and an odd child. 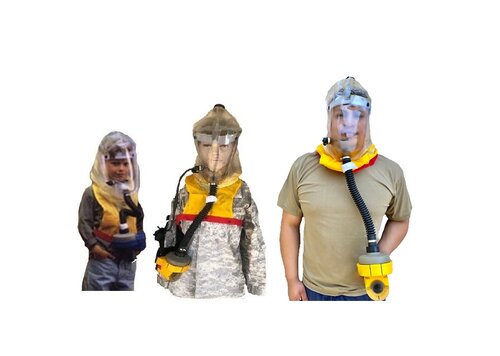 All types of emergency steps were taken by the government to prepare people to fight. Thousands lined up patiently to be measured for gas-masks, only to find out that because of the haste with which the masks were manufactured the parts which were supposed to intercept gas had been inadvertently left out.

Trenches were dug in Hyde Park, causing mass discontent on the part of nannies, who complained that their little charges were always falling in. Apart from the bitter jokes caused by these inept arrangements, the atmosphere was on the whole one of dreary calm, of apathetic bowing to the inevitable.